News from the Front sir!

Alien Dungeon have posted up some draft versions of possible organisation charts for US, BEF and Martian forces. I think they look rather good, although the best bit is the fact that they only represent an ideal. You can imagine harried commanders throwing together whatever units had survived the last Martian incursion to make up hastily formed battalions, ready for the next attack.

My forces are going to be mostly US army with a "little" contribution from the BEF in the form of Thunderchild II. I'd like to round out my BEF contingent with some infantry and tanks at some point but I reckon Flivvers, a Harvester Tripod and maybe a Scientist for certain scenarios I have in mind will be the priority once the pledge manager is sorted out.

Good to see the Martians operating in multiples of three! 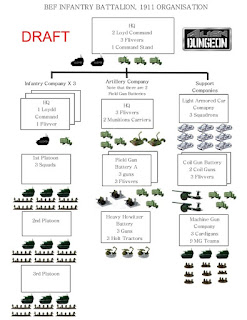 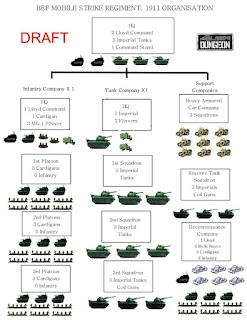 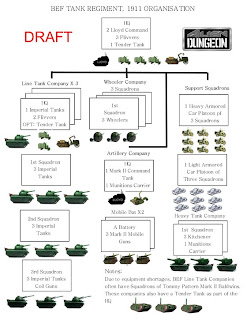 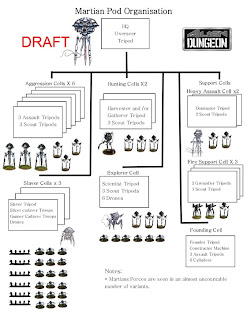 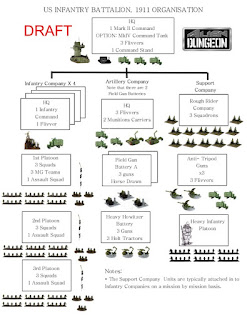 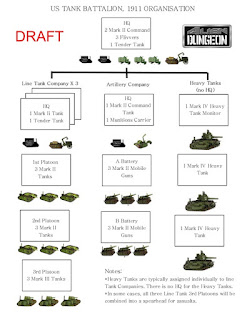 Email ThisBlogThis!Share to TwitterShare to FacebookShare to Pinterest
Labels: All Quiet on the Martian Front