Things continue to progress  nicely for the Martian Front Kickstarter over at Alien Dungeon. Lots of new models are being sculpted and sprues designed. All the fantastic images courtesy of Alien Dungeon. 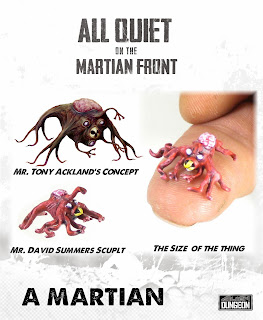 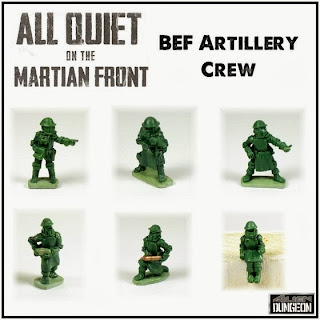 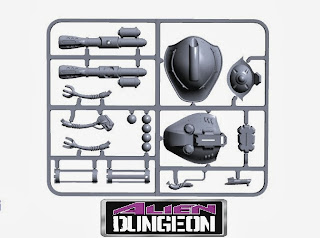 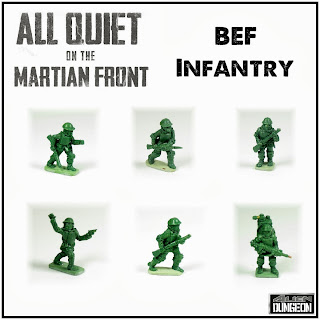 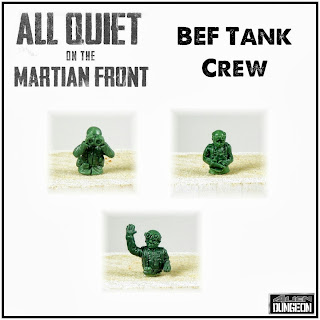 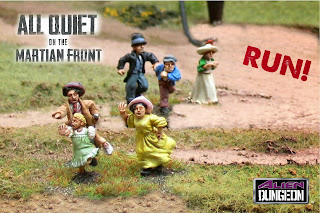 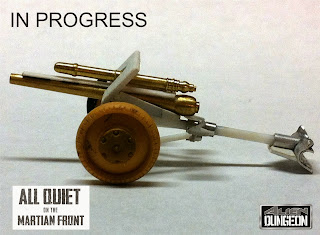 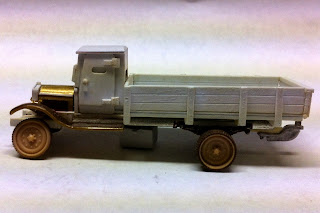 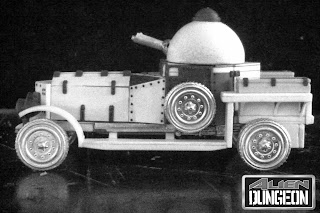 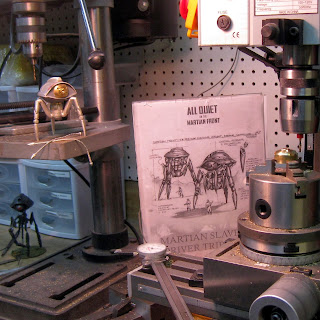 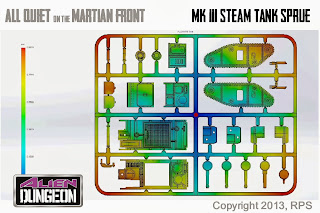 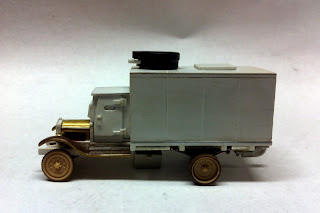 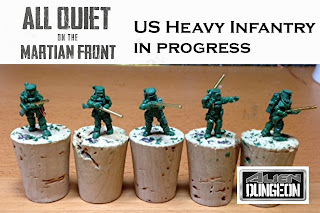 I'm liking the assembly videos too, although the Tripod strength test has to be the most entertaining!

Anyhow, as the Pledge Manager close tomorrow I thought I might share my final choices with you and some ideas I have of how to use them in future games, as well as enquiring as to what you chaps decided on eventually.

Having gone for Full Assault luckily most of the choices I had been considering were made for me in terms of the stretch goals. For example, at that level and above its a case of receiving an extra unit of Field Guns and 3 Hover Drones instead of having to choose one or the other.

The tricky bit came when I had to make decisions between additional American troops like the Baldwin Command tank, extra Roughriders and US Heavy Infantry or BEF forces like the Wicket Tank, Vickers crews and the Lloyd tank. As I'd opted to go for the substantial investment in Thunderchild II, the BEF Land Ironclad, I kind of wanted some BEF forces to round out the Contingent. 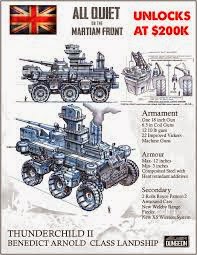 However, that would have meant missing out on the free US command tank option, the Heavy Infantry (which I really like the look of) and the Munitions tank (which I figured would be a fairly necessary piece of kit to keep my Field and Mobile Guns in action). On a more real world level, I also figured if I avoided these BEF freebies I'd also avoid the temptation of buying extra BEF stuff on top of the extra US kit I had my eye on!

The lovely flivver models had caught my eyes and I figured my Field Guns might want a tow should the Tripods get too close - Shoot and Scoot WW1 era style! I decided to squeeze a unit of these onto the end of my order. 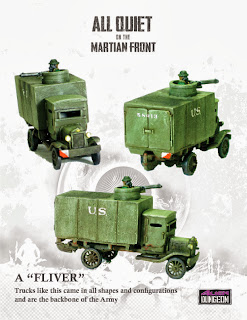 Then there were the Martians to consider. I figured thanks to the Full Assault options I had plenty of Assault and Scout Tripods, as well as loads of Drones and Lobototons (Re-animated Human slaves!). I was fairly torn over deciding on something big and nasty like a Dominator or Overseer to stand up to Thunderchild II, or going with a Scientist and a Harvester to give me more flexibility in putting more interesting scenarios together. 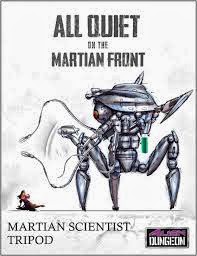 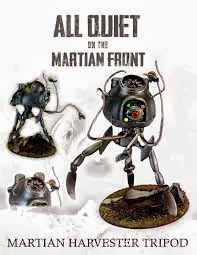 I figure two were better one and so went for the Scientist and Harvester - should make for some fun games!

Email ThisBlogThis!Share to TwitterShare to FacebookShare to Pinterest
Labels: All Quiet on the Martian Front

The Rout of Civilisation...

You wait ages for a good game involving HG Wells inspired Martian Tripods invading Earth and two come along at once! 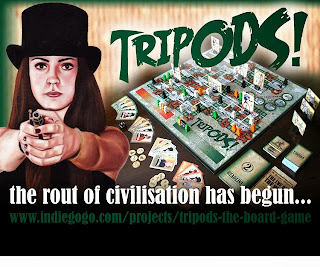 I'm sure you already know about All Quiet on the Martian Front and I've mentioned Fimm McCool's excellent looking boardgame on here as well.

Well now's your chance to get your grubby hands/tentacles on a copy as his Indiegogo campaign is under way - I particularly like the sound of the metal Tripod miniatures should targets be hit early.

I hope to be doing my bit once I've gathered funds together after my excesses with the Martian Front campaign!
Posted by Thantsants at 00:58 3 comments: